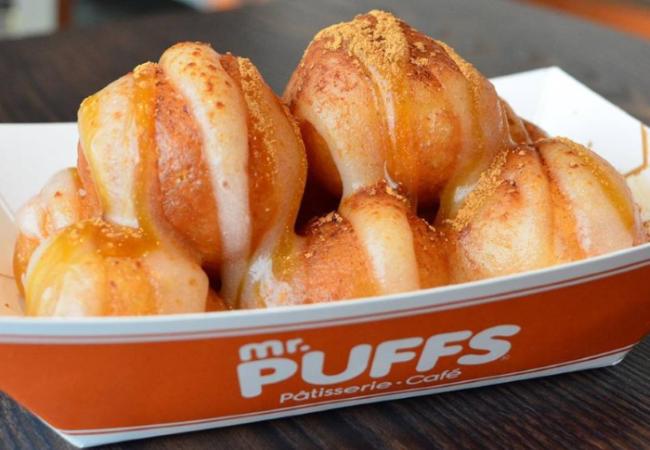 It has a handful of locations across the Montreal area, and if the chain’s founder has his way, there’ll be another one opening this coming summer in Orlando, Fla.

The location would the the Florida Mall, a huge, 250-store mall located near the Orlando airport and some of the city’s major attractions, including Walt Disney World and Sea World.

And Mr. Puffs’ founder, Billy Siounis, tells La Presse that Orlando is only the beginning. The Florida Mall is owner by Simon Property Group, the largest shopping mall operator in the U.S., and Siounis hopes that establishing good relations with the company could lead to expansion into other American malls.

Siounis also tells the online news outlet that he’s received about 2,000 requests for franchises, or about five of them per day, coming from as far away as India, China, Greece, Australia and Morocco.

Mr. Puffs currently has 11 locations, and for the moment, the immediate plan is to open at least eight more in the Montreal area, as well as in Gatineau and Quebec City. By 2020, they’re hoping to expand to Ottawa and Toronto.

The Park Ex-raised Siounis tells La Presse that his ultimate goal is to have a concept “like McDonald’s, but with donuts”.